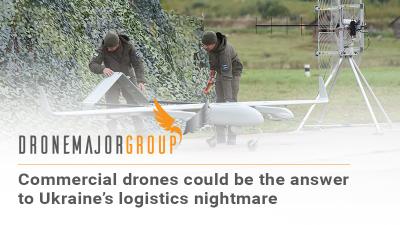 Since the start of the conflict in Ukraine, unmanned air systems (UAS), otherwise known as drones, have played an important role in the defense of the country against Russian aggression. Whether it’s military offensive systems delivering devastating effects on advancing Russian convoys or small drone camera systems providing reconnaissance, air drones have undoubtedly been instrumental in enabling the Ukrainian military to mount an effective defense against the Russian invasion.However, their true potential to support what every war veteran knows can win or lose a war–logistics–is yet to be unleashed. Read More » 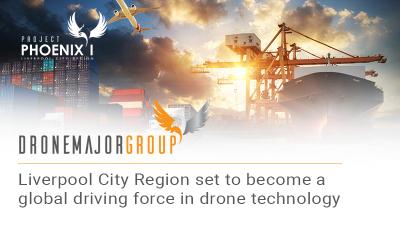 Drone Major Group unveils world’s first sustainable pathway for the deployment of commercial autonomous systems[London: 24 March 2021] Today, Drone Major Group* has announced the launch of the first ever drone technology ‘Test and Development Area’ project, to be created in the Liverpool City Region. The project is to be delivered in partnership with Liverpool City Region Combined Authority (LCRCA) and is expected to put the region on the path to become a global leader in the deployment of cutting-edge drone technology.  This pioneering initiative, entitled Phoenix I, is the first in a series of interconnected projects developed by Drone Major Group, with several regional partners, to deliver, for the first time, commercially viable, scalable and environmentally sustainable drone services across all environments (surface, underwater, air & space), and in all the sectors that are vital for the UK and world economy. The transformational project promises numerous benefits to the City... Read More » 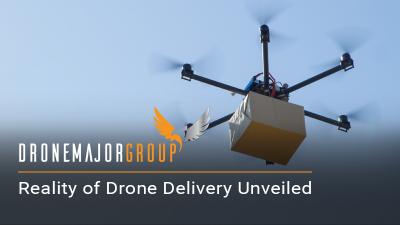 The UK Government’s new initiative to find a fast way to deliver medicines and supplies via air drones, in response to the Covid-19 pandemic, was welcomed today by one of the world’s leading experts on drone technology.  Robert Garbett, who is Founder of Drone Major Group, Chairman of the Drone Delivery Group, and Chairman of the British Standards Institution Drone Committee stated: “This welcome move by the Department for Transport will open the way to accelerated growth of the UK drone industry, and provides the opportunity for UK plc to become a world leader in this fast growth technology.“This initiative validates the saying that ‘necessity is the mother of invention’... but it will require facing up to the myths and mistakes of public perception of what is possible, and the reality of how best to apply this fast-developing technology.   Read More » 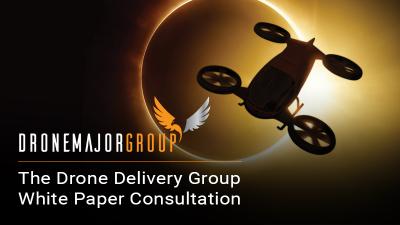 The Drone Delivery Group committee met on the 12th of February 2020 and we are proud to announce that the White Paper has been fully revised and re-issued to committee members for approval.Drone Major Group also met with the Department for Transport today for their input into the White Paper which will be released for group wide consultation in the next two weeks. The paper will then be presented to Government in March.  Read More » 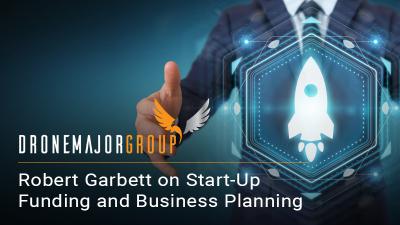 The world today is fast paced, innovative and highly competitive. At times it seems that regulations cannot keep pace with inventors and at other times it is the case that inventors cannot keep pace with each other. Everyone is scrambling to create their own break through, hoping to bring to life a concept never before thought possible. Having recently gone through the Start-up phase ourselves, Drone Major knows that creating unique ideas is challenging… but finding funding should not be. To merge this gap and help other new, young companies, Drone Major has partnered with financial services provider, Swoop.LISTEN HERE TO THE PODCAST> In this episode of The Drone Major Podcast, Robert Garbett, the Chief Executive, discusses his own experience with building a Start-Up from a simple idea to a formalised business plan. He speaks on the importance of a full-spectrum team – people to produce the creative ideas and people to logically consider the financial consequences. “Being a first mo... Read More » 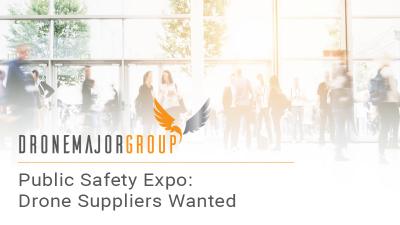 Drone Major is excited to announce that we are partnering with the BAPCO-CCE (British Association for Public Safety Communications Officials and Critical Communications Europe) to curate ‘the Drone Zone’ at their 2019 industry event, taking place 12-13 March 2019. For the first time in history, BAPCO and CCE will be working together to showcase the latest in critical communications and public safety solutions. This year, ‘the Drone Zone’ will highlight and discuss the latest developments (and issues) surrounding drone technology, providing the participants with an area to demonstrate their offerings to a large and active market. Topics are poised to include Airport security, rogue drone events (and precautionary measures), potential emergency services applications and much more. Read More »