Drones Fly Past The Challenges of Human Guards

For security and risk mitigation, human security teams monitor CCTVs or mounted webcams, respond to alarms and tripped sensors, and conduct foot patrols. focus on the patrols. A diligent guard uses all five senses, to spot subtle problems, makes judgment calls, and adapts to times and locations requiring special attention. While they leverage those “human” skills, the list of disadvantages is disturbing.

Here’s the solution to eliminate those weaknesses, save money, and get better results: A fleet of fully-autonomous indoor drones. Around the world, drone platforms are available in a low-risk, cost-effective, pay-as-you-go RaaS (“robot as a service”!) model. Driving a $2.27B market, indoor drones outperform humans and sensors/CCTV from almost every perspective: 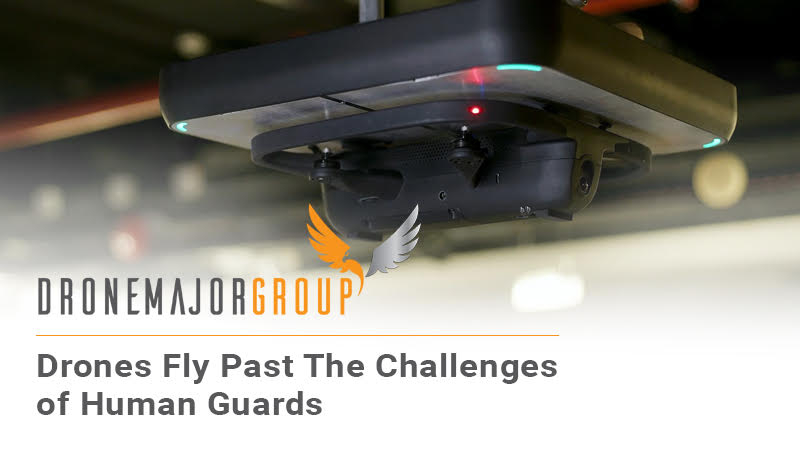 In the offices of one of our clients, a software company, CCTV, motion detectors, smoke and heat sensors, and standard contact alarms were sending out ongoing false alerts, requiring investigation, day or night. With our Tando™ system, they know that any intruder considering a break-in will think twice with a camera-armed drone hovering in the window. Especially at night or on weekends, security officers have a live, 360-degree view of the office.

The future of robotic drone patrols is here … don’t let it whiz past!